Enjin is a 3 in 1 platform dedicated to creating, distributing and storing NFTs mined on the platform. 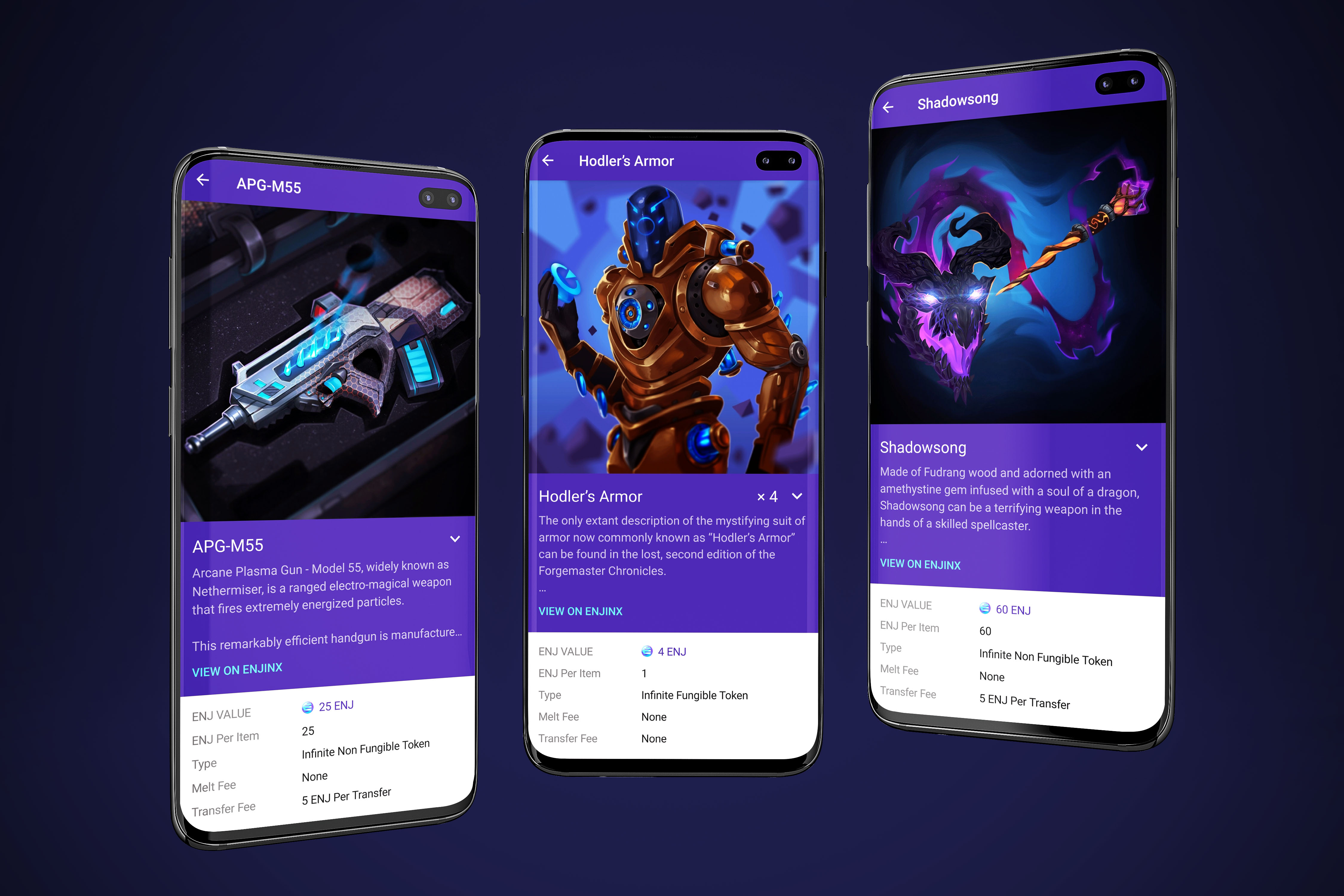 The most fascinating thing about Enjin is that it can interface with other games. Some of them include Age of Rust, Aladdin Legends, Alterverse and more.

Powered by the Ethereum blockchain, ENJ is not just tied to one game like Axie Infinity wherein the currency is tied within the game. With ENJ, it can be used to create and buy digital assets (NFTs) for the games connected to it. For example, buy a sword and shield NFT that can be used in Age of Rust, Aladdin Legends, and Alterverse. ENJ is also the native token of the Enjin platform and its used for transactions within its ecosystem.

This Enjin for beginners article, is a step-by-guide to Enjin and explains the different and exceptional aspects of Enjin and its coin ENJ.

What is Enjin (and also what is ENJ)?

How does Enjin work?

What can I do with Enjin

How to buy Enjin in Australia?

How to invest in Enjin?

Where do I store my Enjin?

What’s next for Enjin?

What is Enjin (and also what is ENJ)?

The company Enjin was founded in 2009 and  launched the Enjin coin in 2017. It was founded by Witek Radomski and Maxim Blagov. It was first a community gaming platform for gamers and then it gradually evolved into a platform for users to create and manage their digital assets.

When Enjin was created, the purpose was for gamers to be able to store their digital assets (in-game items) of multiple games. These digital assets which are NFTs, are gaming items such as wearables, game characters and their gear, digital art, and dApps.
ENJ is not just a gaming token or cryptocurrency for transactions, but it also enables developers to build digital assets which can be converted back into ENJ at the same currency rate.
‍
In 2017, the Enjin Company launched the ENJ token and in 2018, it went live. Enjin offers tools to reduce or totally remove the barriers to adopting blockchain technology most especially in gaming communities.

How does Enjin work?

Through Enjin, users can connect their digital assets to multiple games. They can also mint tokens (NFTS) and fungibles that can be used in other games through their SDK tools or API. By integrating Enjin with the games, they are able to access and manage their digital assets and the user to mint, transfer tokens or burn them from their wallets.
‍
Since Enjin works as a store and a marketplace, the ENJ token is used for transactions.
‍
To use Enjin, the first step is to create an account on enjin.io. After creating an account, then it is time to create a project. This entails naming your project, picking an image and writing the description for the project.
‍
Then, proceed to linking your new project to your Enjin Wallet by copying a linking code or scanning a QR. This leads to your final step where you can mint your tokens. You can create any NFTs and custom coins you want.
‍
Enjin has its own digital wallet and it allows users to make transactions between themselves, manage their digital assets and also sell them.

With Enjin, you own the item. Buy a sword and shield (as an NFT) and it can be used in Age of Rust, Aladdin Legends, and Alterverse.

Enjin and the Blockchain Game Alliance

The Blockchain Game Alliance is an organisation committed to promoting blockchain within the game industry. Enjin joined the organisation in 2018 and the alliance has since them welcomed Ubisoft, Chromia, Galaxy Interactive  and others.
The Alliance creates a platform for all members to share knowledge and conduct research on innovative ways of developing and playing games using the blockchain.

Games On Enjin: The Six Dragons

Enjin allows gamers to build in-game assets and resources by converting their digital wallets into real life inventories (a list of digital assets acquired by the gamer and can be traded or improved on). For example, swords, potions, enchanted weapons and other digital assets. The Six Dragons features three character roles - cleric, mage and warrior.

A game all about 3D cubes. Gamers can create, collect, trade and grow 3D cubes. Each cube is unique based on its physical attributes and personality. All the cubes are backed by ENJ and also  be burned (melted down) to collect ENJ. Gamers can customise their cubes and use it to decorate their nests.

What can I do with Enjin (ENJ)?

Here are the ways you can use ENJ:

Use ENJ to buy & trade digital assets and in-game items

ENJ can be used to purchase, sell and trade NFTs and it costs less in transaction fees. ENJ can also be used to create, manage and (burn) destroy in-game items. Users can trade their NFTs backed by ENJ.

Buy ENJ as an investment

Buying ENJ today with the expectation that its price will increase in the future is the process known as buying ENJ as an investment.

How to buy Enjin in Australia?

Chillur is an Australian digital currency exchange, registered and regulated by AUSTRAC that simplifies the process of buying the Sandbox token in Australia.

You can buy Enjin in Australia using Chillur in two easy steps.

Once the funds settle (1-2 business days), the system will automatically buy Enjin (and 14 other cryptocurrencies).

Congratulations! You now own Enjin in your Chillur account

How to invest in Enjin?

Investing in Enjin is the process of buying the ENJ token today with the expectation that it will go up in value in the future.

You can invest in Enjin using Chillur in three easy steps.

If you buy the NFT 15 bundle, you are able to invest in Enjin along with 14 other cryptocurrencies in the world of non-fungible tokens (NFTs).

Where do I store my Enjin?

When you invest in Enjin through Chillur, we will store your Enjin (along with the other cryptocurrencies) for you.

If you invest in ENJ on your own, you would need to store your ENJ in a crypto wallet. The best place to store your ENJ is either a software or a hardware device.
‍
ENJ tokens can be stored in some Ethereum wallets because Enjin is built on top of the Ethereum blockchain. For example, MyEtherWallet is a web-based wallet that can be used for storage and it’s an Ethereum wallet.

What's next for Enjin

ENJ isn’t limited to its own assets but can be used to create and purchase digital assets of other games. With over 20 million users, as of April 2022, on the platform, and 60 million global views monthly, ENJ’s community is a driving force in its utilisation especially using ENJ to back their digital assets.
‍
According to Witek, “We see ourselves both as a platform/highway and an ecosystem partner to many companies that will want to become metaverse-enabled.”
‍
Enjin SDK and API has made it possible for developers to integrate ENJ into their products making adoption very easy for them. This will enable more people to build for the blockchain with no knowledge of coding making ENJ more viable.
‍
Enjin also released Efinity, a platform to create your own NFT and metaverse. We can say there is no slowing down and as more gaming communities adopt ENJ and use the Enjin platform, we’ll likely see Enjin for a long time to come.