IOTA is a cryptocurrency token designed to solve common problems associated with traditional cryptocurrencies. Whereas assets like Bitcoin are slow and have high operational costs, IOTA is fast and far less expensive to manage. 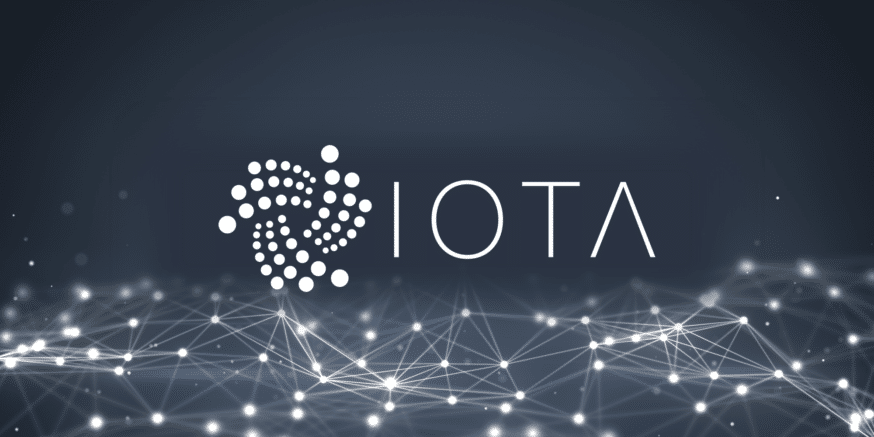 IOTA was co-founded by Dominik Schiener, David Sønstebø, Serguei Popov and Sergey Ivancheglo in 2015 and went live in 2016 via an ICO.

“An ICO is similar to an IPO but for cryptocurrencies. The company gives early investors access to the cryptocurrency at a set price before it hits the open market. This enables the founders to raise capital for operations and investors get their hands on an asset at a price far less than what they expect the price to be when the coin lists on a public exchange.”

This article is IOTA for beginners, your step-by-step guide to  IOTA and its cryptocurrency, MIOTA.

What is IOTA (MIOTA)?

How does IOTA (MIOTA) work

What can I do with IOTA (MIOTA)?

How do I buy IOTA in Australia?

How do I invest in IOTA?

Where do I store my IOTA?

What’s next for IOTA?

What is IOTA (MIOTA)?

The need for IOTA  is driven by the fast-growing network of interrelated and interconnected devices—the so-called Internet of Things (IoT) ecosystem. Here’s a more elaborate explanation.

IoT refers to a growing network of physical objects—things— embedded with sensors, software, and other technologies that enable them to exchange data and payment information with other devices over the internet.

As of 2020, billions of devices were already connected to the internet. As IoT grows, each device will generate an enormous amount of data. And the generated data will need to be exchanged and processed for various reasons. IOTA aims to become the standard mode of conducting transactions between the interconnected devices in this IoT ecosystem.

One MIOTA is 1 million IOTA and it is currently used as the unit of account. If you want to invest in IOTA, you will always buy MIOTA.

How does IOTA (MIOTA) work?

To further understand how IOTA works and what makes it unique, it helps to compare it with Bitcoin.
‍
As you may well know, Bitcoin is built atop an underlying technology called a blockchain.
‍
Unlike bitcoin, IOTA isn’t a blockchain. However, it’s built on a unique, proprietary platform called “Tangle.” This Tangle protocol is IOTA’s key innovation, its primary differentiation, and the feature that enables it to solve problems that can’t be solved by traditional blockchain technologies.
‍
Blockchain-based technologies like Bitcoin have two major problems:
(a) it takes a long time to process transactions invariably slowing down the network, and
(b) you’re levied a fee for every transaction.

So if IoT transactions were to run on blockchain networks, we’d have to wait long hours for everything to process and the costs would be very high.

On the other hand, IOTA’s Tangle network is
(a) scalable, i.e., the more people use it, the faster it gets,
(b) requires no transaction fees (you send $1 to a person, the person receives $1), and
(c) really fast.

In short, IOTA is faster and more efficient than Bitcoin, which makes it great for the IoT ecosystem.

What can I do with IOTA (MIOTA)?

So here are some of the things that you could do with IOTA (MIOTA). Your car could autonomously pay for parking, battery charging, and other services with IOTA. Also, communication services such as emails and messengers could become decentralised. In other words, it would be impossible for large corporations to store and analyse users' data. Therefore, one's personal data and privacy are more secure. And that’s just scratching the surface.

It’s worth noting that the IOTA Foundation—the nonprofit behind the distributed ledger—has signed agreements with big-name companies like Volkswagen and Bosch. We hope that companies of this calibre wouldn't waste their time with IOTA if the technology weren't promising.

Think of MIOTA as a store of value, as with other cryptocurrencies. And given the touted use cases of IOTA, its value could grow over time. Therefore, buying MIOTA asn investment now and holding it while its value grows could prove to be a profitable decision.

How to buy IOTA in Australia?

Chillur is an Australian digital currency exchange, registered and regulated by AUSTRAC that simplifies the process of buying IOTA in Australia.

You can buy IOTA in Australia using Chillur in two easy steps.

Once the funds settle (1-2 business days), the system will automatically buy IOTA (and 9 other cryptocurrencies).

Congratulations! You now own IOTA in your Chillur account

How do I invest in IOTA (MIOTA)?

Investing in IOTA is the process of buying IOTA today with the expectation that it will go up in value in the future.

Portfolios with IOTA have seen in upwards of 200% returns after 3 years.

You can invest in IOTA using Chillur in three easy steps.

Chillur offers bundles of cryptocurrencies. What this means is that rather than picking and choosing which cryptocurrency to buy and at what price, you are able to buy 10 cryptocurrencies in a go. Chillur handles how much and the purchase price.

Where do I store my IOTA?

Another option for storing MIOTA is leaving it in the wallet on the cryptocurrency exchange you purchased from.

What next for IOTA?

IOTA is still in its early days. It's impossible to say, with certainty, what the future holds for it. For now, it continues to gain investor interest, thanks to its focus on the emerging IoT digital economy and partnerships with large corporations. IOTA market capitalisation between early 2020 and Sept 2021 gained over 600%, from $446 million to about $3.2 billion.

One can't help but wonder where it’s headed next.The best way to know what the future holds for MIOTA is to get off the sidelines, be a part of it, and perhaps, invest a small amount of money. After all, you can’t connect the dots looking forward. You can only connect them looking backward.