Sandbox is a decentralised gaming metaverse that allows users to create and sell their digital assets. 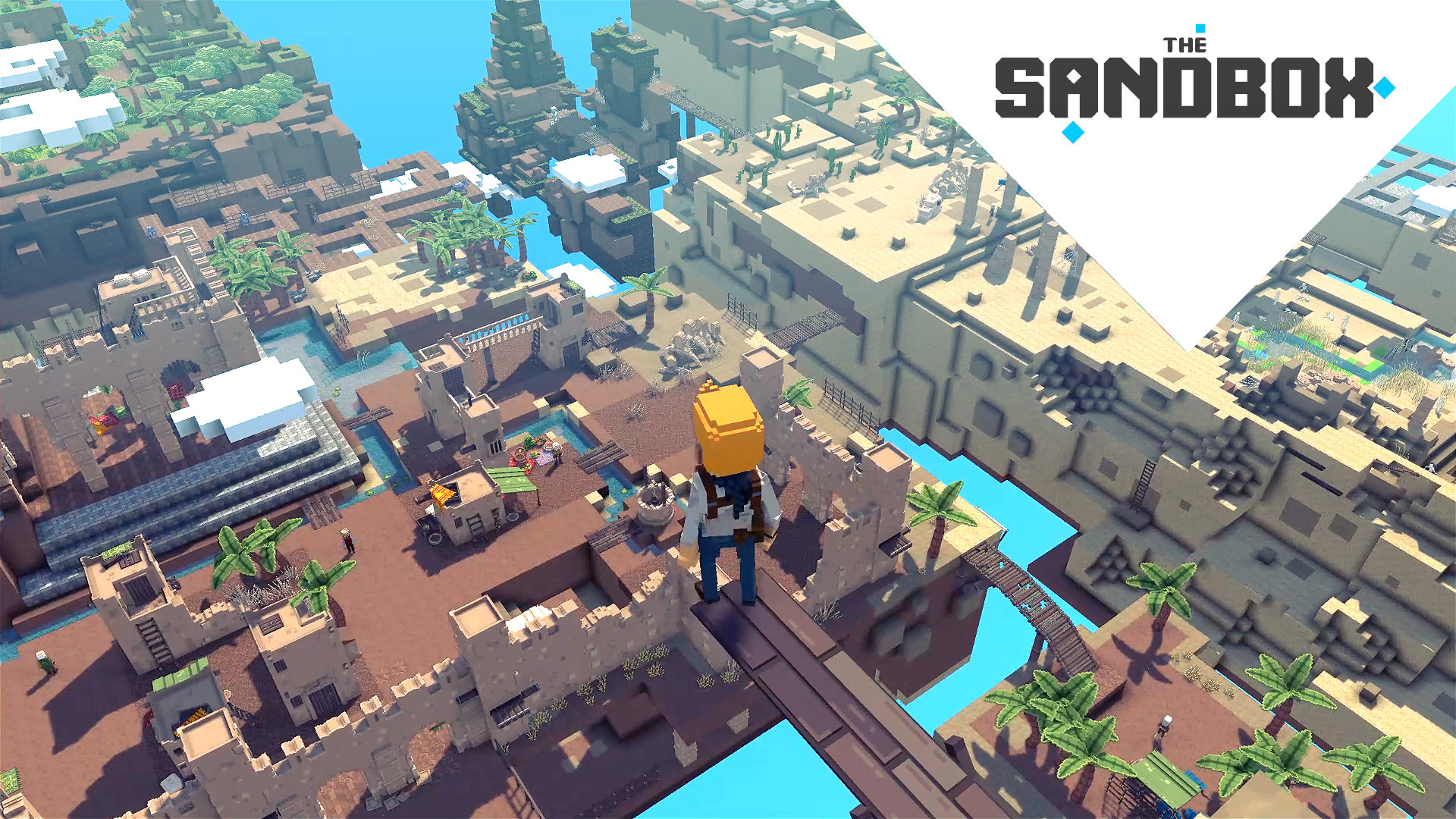 The Sandbox is a virtual world (you might have heard the term, metaverse) where players can create their own and monetise their gaming experience.

Built on the Ethereum blockchain, Sandbox allows creators to own the IP of the assets they create and also to monetise and profit from it across the ecosystem. Unlike traditional video games, the metaverse offers an incredibly opportunity for anyone to add to the gaming world rather than simply playing in it.
‍
This article is a step-by-step guide to Sandbox for beginners. Now let’s explore what Sandbox is all about.

What is Sandbox (also what is SAND)?

How does Sandbox work

What can I do with Sandbox

How to buy Sandbox in Australia?

How to invest in Sandbox?

Where do I store my SAND?

What’s next for Sandbox?

What is Sandbox (also what is SAND)?

Sandbox is a decentralised gaming metaverse, running on the Ethereum blockchain, that allows users to create and sell their digital assets.
‍
Users can create and build gaming communities and experiences for players to play and earn on the platform. This is similar to Decentraland, both being gaming metaverses.

How does Sandbox (SAND) work?

Sandbox is unique in such a way that it is an ecosystem with a lot of different standalone games created by most users who can’t code. This is because game designers and creators can use Game Maker to create a 3D gaming experience within the metaverse for free but need LAND (digital plot) to publish them for users and gamers' participation. They can monetise their digital assets and gaming experience.

This tool allows game designers and creators to create and design their own NFTs (digital art) or voxel animations.

“NFTs are unique digital tokens that live on a blockchain, cannot be replicated and represent the ownership of something.”

To sell and purchase digital assets.

It’s a tool for game designers and creators to develop their own 3D gaming experience even if they can’t code.

Voxels are the 3D pixels of the Sandbox game building blocks. They look like lego pieces and with the VoxEdit tool, it can be used to build 3D gaming experiences.

SAND is the token used in Sandbox for currency and transactions.
Sandbox is managed by Animoca, a Hong Kong-based brand interested in game development, publishing and game investment. It was founded by Arthur Madrid and Sebastien Borget in 2011 and was sold to Animoca Brands for $4.8 million.

Meet some of the famous residents of Sandbox

US rapper Snoop Dogg is making a mark in the metaverse and recently became popular again through his latest acquisition of plots of land in Sandbox.

Presently called Snoopverse, people are spending huge amounts of money to be a part of the Snoopverse. He recently even hosted a virtual recreation of his California Mansion, Diamond Bar in it.

In December 2021, Snoop advertised early access passes through his tweet for users to have access to Snoopverse. This gives users access to Snoopverse experiences such as virtual pool parties, exclusive concerts, wearables and even avatars. These passes go for as much as $5,700. He recently started auctioning off some of the digital lands including three estates.

According to him, he’s always looking for new ways to connect with his fans.

An NFT collector spent nearly half a million dollars to become Snoop Dogg’s neighbour in Sandbox. No one knows his real name but he goes by P-Ape. It seems buying digital assets close to a celebrity's has value such as it does in real life in acquiring prime properties. The user will have access to Snoop’s exclusive offers in the Snoopverse.

On March 16, 2022, Sandbox announced its partnership with HSBC Bank starting with a 3x3 virtual plot of LAND for an undisclosed amount on Sandbox.
‍
HSBC has said it plans to focus on financial literacy, increase customer engagement on Web3 technology and also "work with our sports partners, brand ambassadors and Animoca Brands to co-create experiences that are educational, inclusive and accessible," according to Suresh Balaji, HSBC's chief marketing officer for the Asia-Pacific region.

HSBC is set to gamify educational finance in the metaverse and we can’t wait to see what they have planned for us.

Adidas also bought a digital plot of land in Sandbox and launched their own NFT collection called “The Adidas Originals Collection” is in collaboration with other brands including G Money, the Bored Ape Yacht Club and the Punks Comic.

The NFTs are virtual wearables that can be bought on Sandbox and other metaverse platforms. Buying an Adidas NFT also gives you a physical product that matches the wearable item purchased but the user and it provides access to Adidas Originals experiences and products.

What can I do with Sandbox (SAND)?

Here are the ways you can use SAND:

Use SAND as a currency in Sandbox

To buy digital assets like virtual goods and services in Sandbox. Examples include wearables, digital art, gaming items and avatars.

Use SAND to buy Property in Sandbox

You can use SAND to buy digital plots of land in Sandbox.

Buy SAND as an investment

As the Sandbox ecosystem grows and users increase on the platform, you can buy and hold SAND tokens until it increases in value. As more users explore and build the Sandbox Metaverse, more SAND will be needed for trading, acquiring property and creating more digital assets. This is likely a good investment.

How to buy Sandbox (SAND) in Australia?

Chillur is an Australian digital currency exchange, registered and regulated by AUSTRAC that simplifies the process of buying the Sandbox token in Australia.

You can buy Sandbox in Australia using Chillur in two easy steps.

Once the funds settle (1-2 business days), the system will automatically buy Sandbox (and 14 other cryptocurrencies).

Congratulations! You now own Sandbox in your Chillur account

How to invest in Sandbox (SAND)?

Investing in Sandbox is the process of buying the SAND token today with the expectation that it will go up in value in the future.

You can invest in Sandbox using Chillur in three easy steps.

If you buy the NFT 15 bundle, you are able to invest in Sandbox along with 14 other cryptocurrencies in the world of non-fungible tokens (NFTs).

Where do I store my SAND?

When you invest in Sandbox through Chillur, we will store your Sandbox (along with the other cryptocurrencies) for you.

And finally, you can also use mobile phone app wallets like Trust Wallet can be used.

You'll need to do your own research to find the option that works best for you. Or, you can just use Chillur to store your Sandbox and other cryptocurrency investments.

What's next for Sandbox?

In recent months, Sandbox has entered into partnerships with several different online and offline brands. Sandbox's partnership with Adidas resulted in the SAND token hitting a record high.

With over 165 (and counting) partnerships with brands and celebrities, Sandbox is pushing the limits of the metaverse to not only gaming but also creating and crafting virtual worldwide unique experiences for its users. We will definitely be seeing a lot more exciting things to come.